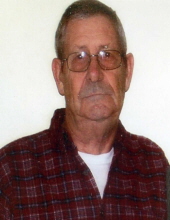 Albert Curtis (Curty) Raisor, age 79, of New Castle, died Monday, March 28, 2016 at his residence. He was born January 4, 1937 in Bethlehem and was the son of the late Lorenzo and Ollie Adler Raisor. He had worked as a carpenter for Roll-Forming Corporation in Shelbyville, and was a member of Cemetery Hill Church of Christ in Lockport.

Funeral services are scheduled for 11 a.m. Friday, April 1, 2016, 2016 at Sholar Funeral Home of Pleasureville. Rev. Bill Brumley, pastor of New Life Baptist Church in Waddy will officiate. Visitation will be from 5 p.m. until 8 p.m. Thursday, March 31, 2016, and from 10 a.m. until time of service on Friday. Burial will be in Pleasureville Cemetery.

Expressions of sympathy may be made to Hosparus of Louisville, in honor of Emily Voyles, 3526 Ephraim McDowell Drive, Louisville, KY 40205, or to the American Cancer Society, 1640 Lyndon Farm Court, Louisville,KY 40223.

To order memorial trees or send flowers to the family in memory of Albert (curty) raisor, please visit our flower store.