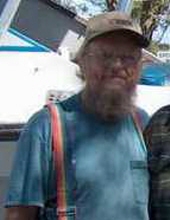 Albert Wayne O’Brien, age 74, of the Gest, died Sunday, December 11, 2016 in Franklin County. He was born February 18, 1942 in Frankfort, and was the son of the late Robert J. O’Brien and Elizabeth Bingham O’Brien. He was a retired plumber.

A private burial was held Monday, December 12, 2016, at Bondurant Cemetery on Lecompte Bottom Road in Gest. A memorial service will be held at 12 noon on Saturday, December 17, 2016 Orville Baptist Church. Sholar Funeral Home of Pleasureville is in charge of arrangements.

To order memorial trees or send flowers to the family in memory of Albert wayne o'brien, please visit our flower store.