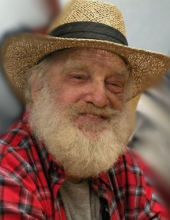 Andy Broughton, Sr., age 81, of the Louisville, died Saturday, December 24, 2016 at the River’s Edge Nursing Home in Prospect. He was born January 18, 1935 in Crab Orchard, and was the son of the late Jack and Sallie Mae Fields Broughton. He was a retired tree trimmer.

He was preceded in death by a daughter, Barbara Willard, and a son, Jackie Broughton.

A gathering of family and friends to celebrate Andy’s life will be held on Saturday, December 31, 2016 from 2 p.m. until 6 p.m. at Sholar Funeral Home of Pleasureville. A private burial will be held at a later date.

To order memorial trees or send flowers to the family in memory of Andy broughton, sr., please visit our flower store.