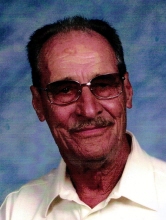 Balford Henry "Steve" Stephens, Jr., age 83 of Eminence Balford Henry "Steve" Stephens, Jr., age 83 of Eminence, died Friday, March 1, 2013 in Shelbyville. He was born January 5, 1930 on Tennessee Ridge, near Parksville, Kentucky in Boyle County. He was the son of the late Balford Henry Stephens, Sr. and Margaret L. Wilson. Steve left the farm to serve our country in the United States Navy in 1948. He was a crew member of the USS Franklin D. Roosevelt (CVB/CVA/CV42) air-craft carrier. After three years of active duty, he served in the Naval Reserve for another three years. After his tour of duty in the Navy, Steve worked several jobs until he settled at Anaconda Wire and Cable at La Grange where he retired twenty-eight years later. Being too active to permanently retire, Steve worked several other jobs before permanent retirement in 2009 due to a degenerative disc disorder. His last position was an assistant Pest-Control Technician with FPC Pest Control. Steve loved the outdoors, and was an avid golfer, fisherman, and hunter. He played golf at least two days a week until 2009. He was most proud of his walk with Jesus Christ! In his later years he got reconnected and rededicated his life to God. He was a very active member of Henry Christian Church where he served as an usher and on the Property Committee, whether it was parking cars, landscaping, trimming shrubbery, or the official "hugger", Steve was there to serve. He was also a member of Brother Nick Coleman's Sunday School Class and very much appreciated the visits at the hospital and nursing home from Brother Nick and Brother Ed Berry as well as several other members of the Church. He is survived by his a son: Winford Brewer (and wife Judy); four daughters: Nancy Simpson, Elizabeth Stivers ( Danny), Darlene Brewer (Greg Fitzgerald), and Pam Martin; and close friend, Jerry Martin. In addition, he is survived by seven grandchildren, four great-grand children, several nieces and nephews, and many, many friends that meant so much through the years. If you knew Balford Stephens and didn't like him, it was your fault. Steve's funeral will be held 1 p.m. Wednesday, March 6, 2013 at Sholar Funeral Home of Pleasureville. Visitation will be 11 a.m. until 1 p.m. Wednesday, March 6, 2013. Rev. Ed Berry, pastor of Henry Christian Church will officiate, with Rev. Nick Coleman assisting. Burial will be in the Stephens - Wilson Family Cemetery at Tennessee Ridge, Parksville, KY. Honorary pallbearers will be Waldo Simpson, Jr., Carl Tingle, Danny Brewer, Chris Banta, Clinton Stivers, and Jeremy Clark. Expressions of sympathy may be made in the form of contributions in Steve's name to the Henry Christian Church, STF Fund, 136 Castle Highway, Eminence, KY 40019. Online condolences may be expressed at sholarfuneralhome.com.

To order memorial trees or send flowers to the family in memory of Balford henry (steve) stephens, please visit our flower store.