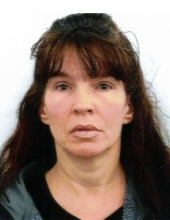 Carla Jo Peak, age 54 of Goshen passed away Sunday, April 10, 2022 at Norton Brownsboro Hospital in Louisville. She was born on August 12, 1967 to Carl Edward Peak and Estelene Arnold Peak. She was a member of the Kentucky Bar Association since 1992, practiced law and most recently was employed by the Kentucky Department of Corrections.

Carla is survived by her husband: James Polivka of Goshen; her mother: Estelene Arnold Peak of New Castle: one step-son: James David Polivka (Angel) of Pleasant Grove, Utah; and one grandson: Julian Polivka.

She was preceded in death by her father: Carl Edward Peak; and one brother: Terry Peak.

Cremation was chosen with no services.

Sholar Funeral Home of Pleasureville is in charge of arrangements. Online condolences can be made at sholarfuneralhome.com.

To order memorial trees or send flowers to the family in memory of Carla jo peak, please visit our flower store.