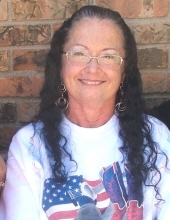 Carol Jean May Craigmyle, age 67 of Eminence, died Friday, November 1, 2019 in Louisville. She was born January 16, 1952 in LaGrange and had worked for the Commonwealth of Kentucky in the Department of Revenue.

She was preceded in death by her father, William Thomas May.

A gathering of family and friends will be held 1 p.m. until 5 p.m. Saturday, November 9, 2019 at Sholar Funeral Home of Pleasureville.

To order memorial trees or send flowers to the family in memory of Carol jean may craigmyle, please visit our flower store.