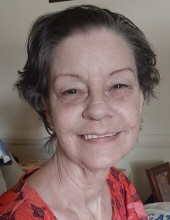 Debra Ann Johnson Golden, age 65, of Eminence, KY passed away Friday, September 30, 2022, at Baptist Health Louisville. She was born on November 15, 1956, in Shelbyville, KY the daughter of William Monet’ and Ruth Ann Latham Johnson. Debra was of Christian faith, a homemaker, loving mother and loved animals.

Cremation was chosen and a private memorial service will take place later. Sholar-Riley Funeral Home in Pleasureville, KY has been entrusted with arrangements.

To order memorial trees or send flowers to the family in memory of Debra ann golden, please visit our flower store.