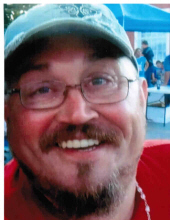 Douglas Jasper Trautwein, age 47, of Louisville, died Friday, May 18, 2018 at the Louisville East Post Acute Care Center. He was born October 19, 1970 in Shelbyville. He was a chef and belonged to Faith Baptist Church in Bridgeport.

He was preceded in death by his father, William David Trautwein, and a brother, Calvin Trautwein.

Funeral services are scheduled for 1 p.m. Tuesday, May 22, 2018 at Sholar Funeral Home of Pleasureville. Pastor Billy Cross and David Lynn Trautwein will officiate. Burial will be in Bagdad Cemetery. Visitation will be from 4 p.m. until 8 p.m. Monday, May 21, 2018 and from 11 a.m. until time of the service on Tuesday.

To order memorial trees or send flowers to the family in memory of Douglas jasper trautwein, please visit our flower store.