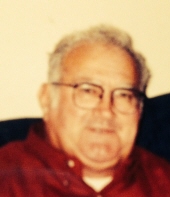 Gary Thomas Kemper, age 71 of New Castle, died Monday, April 14, 2014 at Crestview Care and Rehabilitation Center in Shelbyville. He was born in LaGrange and was the son of the late Lawrence Tommy Kemper and Martha Hughes Kemper. He was a farmer. He is survived by his wife: Sereta Kemper of New Castle; one son: Tommy Kemper (Cherry) of Pleasureville; two daughters: Cheryl Kemper Quickert (Shane) of Port Royal and Tracy Kemper of Shelbyville; two sisters: Delores McGowan of Simpsonville and Judy Semones (Gary) of Frankfort; seven grandchildren, two great-grandchildren, and several nieces and nephews. He was preceded in death by his a daughter, Laurie Rena Kemper and a sister, Jeannie Woodward. Funeral services are scheduled for 11 a.m. Thursday, April 17, 2014 at Sholar Funeral Home of Pleasureville with Rev. Garry Polston officiating. Interment will be in Franklinton Cemetery. Visitation will be 5 p.m. until 8 p.m. on Wednesday, April 16, 2014 and from 9.a.m. until funeral time on Thursday. Online condolences may be expressed at sholarfuneralhome.com.

To order memorial trees or send flowers to the family in memory of Gary thomas kemper, please visit our flower store.