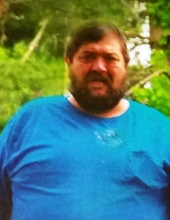 Glenn Douglas (Doug) Raisor, age 56, of Eminence, died Monday, November 5, 2018 at his residence. He was born March 2, 1962 in Shelbyville. He worked as a roofer and as a tow-motor operator for Saydah Manufacturing.

He is survived by his mother and step-father: Nancy Ellen Louden Raisor and Elliott (Ed) Jennings of Eminence; three brothers: Darryl Wayne Raisor (Brenda) of Lawrenceburg, Lawrence Dale Raisor (Delena) of Eminence; and Christopher Lee Raisor of Shelbyville; one sister: Melissa Raisor Watson (Terry) of New Castle; and several nieces, nephews, and cousins. He was preceded in death by his father, Fred Raisor, Jr.

Services are scheduled for 5 p.m. Wednesday, November 14, 2018 at Sholar Funeral Home of Pleasureville. Visitation will be from 3 p.m. until 5 p.m. the day of the services.

To order memorial trees or send flowers to the family in memory of Glenn douglas raisor, please visit our flower store.