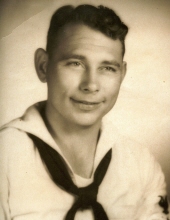 Harry E. Howell, age 94, of Louisville, died Tuesday, November 26, 2019 at Louisville East Post Acute in Louisville. He was born in Salem Township, Indiana on April 23, 1925 to Roscoe Lorenzo Howell and Rosa Rebecca Thorpe Howell. He was a retired United States Navy Veteran having served in the Korean War and World War II. He was a lifetime member and past State Commander of the U.S. Submarine Veterans of World War II. In addition, he was a member of the American Legion and Veteran of Foreign Wars. After retirement from the United States Navy, he worked at Naval Ordinance in Louisville.

He was preceded in death by wives: Marguerite Adams Howell and Rae Frances McCormick Howell; and a brother: Marion Eugene Howell.

To order memorial trees or send flowers to the family in memory of Harry e. howell, please visit our flower store.