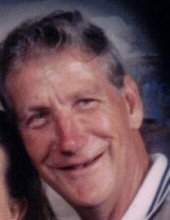 Harvey Preston, Sr., age 81 of Pleasureville died December 8, 2021 at his home. He was born on July 25, 1940 to the late Bruce Preston and Mae Masterson Preston. He was a farmer, worked in construction and was a mechanic. He attended Crossroads Lighthouse Church in Eminence.

Funeral services will be held 11 a.m. Monday, December 13, 2021 at Sholar Funeral Home of Pleasureville. Bro. Paul Harvey and Bro. Nathan Shaw and will officiate. Burial will be in Point Pleasant Cemetery. Visitation will be Sunday, December 12, 2021 from 4 p.m. until 7 p.m. and 10 a.m. until time of the service on Monday.

To order memorial trees or send flowers to the family in memory of Harvey preston, sr., please visit our flower store.