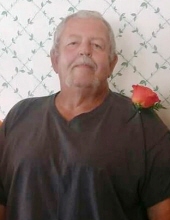 James Lee Doss, age 64 of Lockport, died Thursday, March 8, 2018 at Jewish Hospital, Shelbyville. He was born May 17, 1953 in Frankfort, and was the son of the late James Ambrose Doss and Angela Christopher Doss. He worked in car sales.

He was preceded in death by brothers, David Doss and John Doss.

Services will be held at 2 p.m. Saturday, March 10, 2018 at Sholar Funeral Home of Pleasureville. Bro. Fred Snider will officiate. Visitation is scheduled from 11 a.m. Saturday until time of services. Burial will be in the Doss Family Cemetery.

Expressions of sympathy may be made in the form of contributions to Sholar Funeral Home, 5710 Castle Highway, Pleasureville, KY 40057, to assist the family with funeral expenses.

To order memorial trees or send flowers to the family in memory of James lee doss, please visit our flower store.