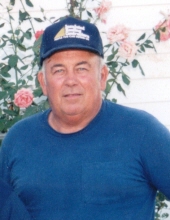 Larry Duane Erwin, age 76, of Franklinton, died Wednesday, August 15, 2018 at his residence. He was born March 5, 1942, in Franklinton and was the son of the late Ray and Geneva Denton Erwin. He was a farmer and belonged to Drennon Christian Church.

He is preceded in death a son, Thomas Duane Erwin.

Funeral services are scheduled for 2 p.m. Saturday, August 18, 2018 at Sholar Funeral Home of Pleasureville. Rev. Jacky Newton, pastor of Franklinton Baptist Church will officiate. Burial will be in Franklinton Cemetery. Visitation will be from 11 a.m. until time of services on Saturday.

Expressions of sympathy may take the form of contributions to Hosparus of Louisville, 3532 Ephraim McDowell Drive, Louisville, KY 40205.

To order memorial trees or send flowers to the family in memory of Larry duane erwin, please visit our flower store.