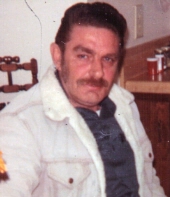 THOMAS LOUIS FARMER, age 72 of Eminence, KY Thomas Louis Farmer, age 72 of Eminence, died Thursday, November 14, 2013, at Jewish Hospital in Shelbyville. He was born in Campbellsville and was a maintenance worker, farmer, and a member of Crossroads Lighthouse Church. He is survived by his wife: Iris Farmer of Eminence; three sons: Ricky Farmer and Marvin Farmer, both of Arkansas, and Robert Brewer of Eminence; one daughter: Angela Farmer of Campbellsville; one half-brother: Johnny Farmer of Campbellsville; one half-sister: Betty Jean Farmer of Campbellsville; a sister-in-law: Betty Farmer of Campbellsville; nine grandchildren: and three nephews: Greg Farmer, Mike Farmer, and Haskell Farmer, Jr. He was preceded in death by his parents: Thomas and Bessie Farmer. Funeral services are scheduled for 2 p.m. Sunday, November 17, 2013 at Sholar Funeral Home of Pleasureville with Brother Paul Harvey, pastor of Crossroads Lighthouse Church officiating. Special music will be provided by Glenda Lollie. Interment will be in Eminence Cemetery. Visitation will be from 5 - 8 p.m. Saturday, November 16, 2013 at the funeral home. Pallbearers will be Bobby Brewer, Kevin Brewer, Greg Farmer, James Goodwin, Mark Goodwin, and George Moore. Online condolences may be expressed at sholarfuneralhome.com.

To order memorial trees or send flowers to the family in memory of Louis farmer, please visit our flower store.