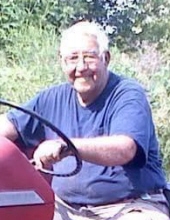 Lowell Thomas “T” Adams, age 87, of Pleasureville, KY passed away Thursday, December 1, 2022, peacefully at his home. He was born on January 30, 1935, in Bethlehem, KY, the son of Arthur Ricketts and Laurel Sutton Adams. “T” was a member of Pleasureville Baptist Church and in 2006, after 28 years, retired as plant manager of Riverside Paving Co., in Louisville, KY. He also farmed. He loved his family and his neighbors and old tractors, farm equipment and tractor pulls.

To order memorial trees or send flowers to the family in memory of Lowell thomas "t" adams, please visit our flower store.