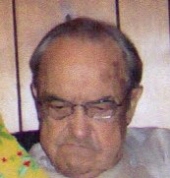 Louis Nelson, age 71 of Eminence, KY Louis Nelson, age 71 of Eminence, died Thursday, December 27, 2012 at Homestead Nursing Center in New Castle. He was born in Pleasureville and was the son of the late Justus and Martha Long Nelson. He worked in the Automotive Industry and belonged to Eminence Baptist Church. He is survived by three brothers: Elliott "Suter" Nelson (Norma Jean) of Eminence, Donnie Nelson (Wilma) of Jeffersonville, IN, and Ray Nelson (Betty) of Charlestown, IN; two sisters: Ora Lee Jenkins (Dutch) of Charlestown, IN, and Lois Jamison of Middletown; and several nieces and nephews. He was preceded in death by a brother, Tommy Nelson, and a sister, Catherine Jamison. Funeral services are scheduled for 2 p.m. Sunday, December 30, 2012 at Sholar Funeral Home of Pleasureville. Rev. Michael Duncan, pastor of Eminence Baptist Church will officiate. Burial will be in Defoe Cemetery. Visitation will be from 11 a.m. until 2 p.m. Sunday, December 30, 2012. Online condolences may be expressed at sholarfuneralhome.com.

To order memorial trees or send flowers to the family in memory of Louis nelson, please visit our flower store.