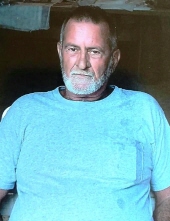 Marshall Lee Peyton, age 67, of Pleasureville, died Wednesday, July 18, 2018. He was born October 20, 1950 to the late Ernest and Hazel Pettit Peyton. He was a machine operator for Steel Technologies in Eminence and was a member of Franklinton Baptist Church.

Funeral services are scheduled for 11 a.m. Monday, July 23, 2018 at Sholar Funeral Home of Pleasureville with Rev. Mike Huff officiating. Burial will be in Franklinton Cemetery. Visitation will be from 4 p.m. until 8 p.m. Sunday, July 22, 2018 and from 10 a.m. until time of the services on Monday.

Expressions of sympathy may be made to Hosparus of Louisville, 3532 Ephraim McDowell Drive, Louisville, KY 40205.

To order memorial trees or send flowers to the family in memory of Marshall lee peyton, please visit our flower store.