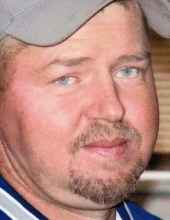 Perry Scott Brewer, age 38 of Bardstown, formerly of Pleasureville, died Saturday, January 9, 2016 at Signature HealthCare of Spencer County in Taylorsville. He was born July 12, 1977 in Holland, Michigan and worked as a landscaper. He is survived by two sons: Dillion Brewer and Dallas Brewer; one brother: Steven Brewer (Madonna) of Bardstown; one sister: Lisa Brewer Robinson (Tim) of Pleasureville; two nieces and two nephews. He was preceded in death by his parents: William Scott Brewer and Betty Ann Nutter Brewer. A memorial service will be held 2 p.m. Thursday, January 14, 2016 at the United Baptist Church of Gratz. Rev. Leon Robinson will officiate. Online condolences may be expressed at sholarfuneralhome.com.

To order memorial trees or send flowers to the family in memory of Perry scott brewer, please visit our flower store.