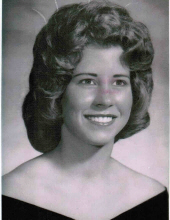 Shirley Ann Brewer Coons, age 73, of Eminence, died Wednesday, February 27, 2019 at the Masonic Home in Shelbyville. She was born January 1. 1946 and was the daughter of the late Leonard and Faye Brewer. She had worked in the Insurance Industry and was a member of Eminence Baptist Church.

She was preceded in death by a daughter: Annetta Lynn Roberts; and two sisters: Dorothy Marie Casey and Emma Jane Ellis.

Services will be held 2 p.m. Saturday, March 2, 2019 at Sholar Funeral Home of Pleasureville. Bro. J.T. Stinson will officiate. Visitation will be 11 a.m. until 2 p.m. the day of the services. Burial will be in Eminence Cemetery.

To order memorial trees or send flowers to the family in memory of Shirley ann coons, please visit our flower store.