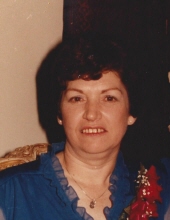 Shirley Ann Rucker, age 82, of Taylorsville, KY passed away Tuesday, October 18, 2022, at Signature Health of Spencer Co., in Taylorsville. She was born on April 14, 1940, in Louisville, KY, the daughter of Lewis and Olda Morgan Moore. Shirley loved working jigsaw puzzles and reading.

To order memorial trees or send flowers to the family in memory of Shirley ann rucker, please visit our flower store.